I am so excited to share my friends news with all of you. I know I've mentioned before that several of my critique writing partners have books being released this year. Well, their news just keeps getting better, so here is an update on books you just have to check out!

You can also find their links in the side bar under Favorite Authors.

A new Twilight competitor? Could be! This book is amazing (trust me, I read an early draft!)

The Healer's Apprentice by Melanie Dickerson

When destiny sleeps, it can only be awakened by true love’s kiss.

In this historical romance loosely based on the Sleeping Beauty fairy tale, a woodcutter's daughter becomes the town's healer's apprentice. Rose's job is to care for the sick and injured in Hagenheim Castle. But she gets sick at the sight of blood and is more suited to making up stories than sewing up wounds. She is determined to overcome her weakness and prove herself a competent healer, or she faces marrying a disgusting old merchant her mother has picked out for her.

Lord Hamlin, the future ruler of the region, is injured and Rose must overcome her squeamishness to save him. He is everything that is noble and good, but loving him is forbidden. He is already betrothed to a mysterious woman in hiding.

With two noble-born brothers vying for her affections, Rose learns that the people of Hagenheim are not always who they seem. 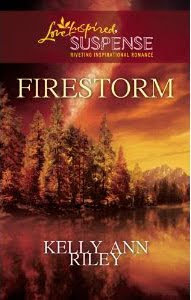 Ex-FBI agent Luke Tanner doesn’t need any more complications in his life. He has moved to Pine Lake to be closer to his minister father, hoping a smaller community and supportive church family will help his rebellious teen-age son. Acting as the temporary fire chief, he suddenly finds in himself in the biggest complication of all as Kitty McGuire’s arrival in town not only sparks a new series of arson fires and murder, but rekindles a love in his heart that he thought was gone forever.

Kitty McGuire is determined to convince the new Pine Lake fire chief that someone has killed her father and framed him for arson. But by returning to her hometown, she has to deal with her painful past and gain the courage to love again.

Coming May 2010 from Whiskey Creek Press

A serial killer is on the loose, depositing his victims’ hearts amid the Toltec ruins of central Mexico. Meanwhile, a priceless Mesoamerican artifact is stolen from the University of Utah, sweeping archaeologists Anthony Peet and Lori Dewson on a desperate recovery mission south of the border. Accompanied by a reluctant colleague, an enthusiastic young journalist and a Yaqui woman in mourning, the team must decipher clues hidden within the Aztec sunstone, mystical Toltec Pyramids and astronomical calendar rounds to find the priceless effigy of Quetzalcoatl. They suddenly find themselves in a race against the coming solar eclipse, all the while dodging a corrupt Mexican police force still on the hunt for the sadistic murderer – a killer who’s chosen one of them for his next human sacrifice.


Can't wait to see these released. Be sure to keep an eye out for them. :)

Thanks for featuring my new book trailer, April! Love ya!