Paper and Ribbons and ELMO, oh MY!

Wow, it's over. I hope ya'll had a great holiday. I have to say, I'm glad we're done, though. We had a fun day, but it will be nice to relax a little - at least until New Year's Eve.

We ended up having a slightly smaller crowd than we expected. The only little ones around this year was my 3 year old niece, but she was fun to watch. In our family, the tradition has always been the the little ones pass out the presents. It was my favorite thing as a kid, because you got to handle all the gifts as you made little piles in front of everyone in the room. Emily wasn't any different. Adam would read the tag and off she'd go to deliver it. Then, of course, we go around the room one at a time opening a single gift until we've rotated through all the packages.

Emily was the first to open and she was appropriately excited, squealing and smiling. Then, she went round the room picking which present everyone should open first. "Umm, I think this one." Then she'd pluck it from the pile and 'help' you open it. It was around her own fourth 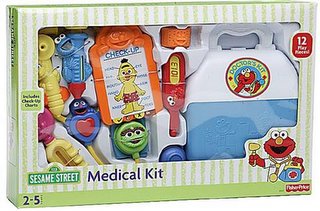 package that she finally hit the mother load. Ripping off the paper, she exposed the Elmo Dr's kit with stethoscope, blood pressure cuff and every other gadget imaginable. (She's been drooling over this toy in the store for weeks.) She screamed, "I'm a Doctor!" then threw herself on top of the box, hugging it and kicking her feet. When she finally got up, she did a little dance with it while grinning from ear to ear. It was so cute. She pretty much had to be convinced to keep opening presents, but I don't think anything else made nearly the impression on her that the doctor kit did. It was definitely her favorite present. 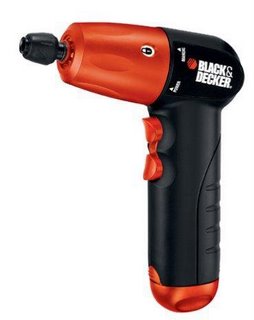 It's funny, I know I've had a lot of gifts that I just loved. When I was five, my oldest sister and her new husband gave me a giant box full of stuffed animals. There were at least ten. My favorite was a pink hippo that I named after the sister that gave it to me. (This DID NOT thrill her. But you know how it is, when you're that age you name everything after people you know.) As a teenager, my favorite gift was books. Any kind, it didn't matter. The more there were, the happier I was. (This still holds true for me in most cases. Books are always a guaranteed hit.) A couple of years ago, Angel gave me jewelry and I loved it. This year? Power tools. It seems funny to me that I would ever reach a point in my life where I would need, much less be excited about power tools. Mom and Dad bought me a Black and Decker cordless drill/screw driver with extra bits. I was ecstatic. I've had to borrow Dad's so many times over the last year it's ridiculous. I was ecstatic when I opened the package. I didn't hug it and grin or do any little silly dances, but I could have. I could have rivaled Emily and her doctor's kit, but how sad is it to outshine a three year old? So I just danced on the inside.

I got other gifts that I loved too. Several were for my house and 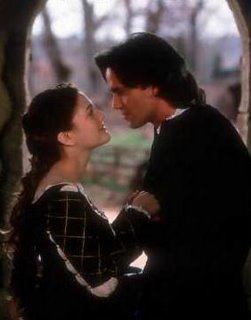 again, I find it funny how much that excites me. Maybe it is like being a kid again. If you got dishes or a vacuum as a kid, you were excited because you could play house more realistically. As adults, we still like to 'play' house. It's just more expensive now.

It's a good thing playing house was one of my favorite games. Of course, back then it usually entailed a little cottage in the woods, a handsome prince and pet squirrels, but I'm happy to settle for the '50's Ranch style green house and squirrels in the back yard - for now. I refuse to give up on the rest of the fantasy. Someday my prince will come... .

Lauren was that way with her Big Sister Dora Doll. ;o) She was like "yeah! Big Sister Dora" and was dancing all around! ;o) Kids, they can be so fun.