Jane's still got it 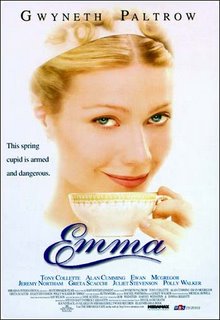 Jane Austen was a woman of great insight. Her writing is timeless, despite it's somewhat archaic language and overly proper society. Her novels have been reworked and retold countless times. And I have to say, they're all worth watching. The classic 'Emma' worked both as a period piece starring Gwyneth Paltrow, and as 'Clueless', a modern interpretation starring Alicia Silverstone. I loved them both. Both were pertinent to today's society. Both were just downright funny. Even her lesser told stories, like 'Mansfield Park' 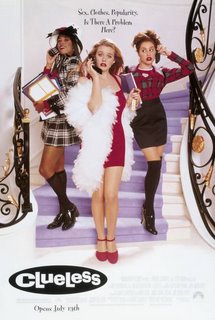 and 'Northanger Abbey', still translate well to film and have found an excited fan base.

The most popular though, has to be 'Pride and Prejudice'. It's been retold on film at least six times, just as a period piece. In fact the mose recent, starring Keira Knightley and Colin Firth is probably my favorite of the 'classic' versions. Colin Firth makes a brilliant Darcy. But then there are the updated versions. There's practically no counting of the many films that are moderinizations, like 'Bridget Jones Diary' and 'Bride & Prejudice'. Some may be more accepted than others, but it still proves that her writing made a lasting statement.

I'm sure some would claim that movies like 'Bride and Prejudice' and 'Clueless', only serve to belittle a great classic author. But I disagree. I think that both movies stuck to the

important points and feelings of Austen's story and sometimes, updating a tale is the only way to gift it to a new generation. Clueless became as much a classic as the original tale and I think 'Bride & Prejudice' has the same potential.

If you haven't seen 'Bride' yet, go rent it. Yes it's a musical. But it's FUN. It's exciting and exotic and funny, and it captures the story so well. I admit that I'm partial to musicals, but the dancing and music is really well done. It has it's cheesy singing moments, but that just adds to the charm. Overall it's a really romantic, touching piece that was well cast. I can only hope that director Gurinder Chadha (of 'Bend it Like Beckham') will decide to do another such adaptation. Maybe she'll tackle a Bollywood version of 'Emma' or 'Sense and Sensiblity'.