Song Stuck on the Brain: Now or Never by Josh Groban. Love, love, love this song.

I don't know if I've ever mentioned it before, but if I haven't, then you should know that I have strange dreams. Not your average strange dreams, but STRANGE scifi like dreams. The 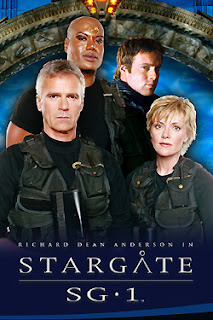 kind that when you wake up you don't know whether to grab a pen and write them down as your next bestseller or just laugh like crazy.

There have been quite a few that felt like the perfect plot idea, only to lose their luster in the light of morning - and sanity.

There was a full on episode that I dreamed up for an episode of Stargate. I had the science worked out and everything. Somehow though, it just didn't work when I remembered it later. Either I forgot an important plot twist or my brain was just twisted. (probably the latter.)

I tend to dream about suspense or scifi and sometimes both at the same time. My sister Angel gets kidnapped frequently and it's up to me, the secret super-spy to save her. In one particular dream, I learned she'd been shanghaied because the kitchenware told me. Yeah, you heard that correctly. The silverware was whispering about it. They said they hadn't seen the abduction, but the spice rack had. The spices wouldn't talk, but 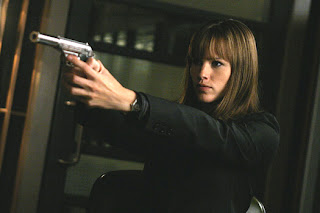 the Vanilla Extract gave me the scoop. Then I was off on my mission. Thankfully I can say that her rescue went off without a hitch.

Then there was the time I dreamed Angel brought home a frozen baby cloned from chicken parts. She'd bought it at the store. You just defrosted and the baby started growing. When the kid reached adulthood he was sent to work with others like himself in a plant where they all laid eggs filled with cheese. They packed them like regular eggs, but when you peeled the egg, it was actually a solid piece of cheddar. I'm not sure where the dairy came in since it was actually chicken parts, but then again why question that when the whole thing is based on a frozen CHICKEN BABY.

I've also dreamed that I was friends with the Justice League and they've helped me rescue her as well. (I wonder what the psychological implications are of constantly saving Angel.)

Then sometimes my dreams aren't so much fantasy as they are just strange. Apparently I have a thing about hair. I've dreamt that I went bald, that I turned compeletly white headed, that I grew a beard... Last night's hair dream was so horrible I woke myself up crying.

has cut hair for one of our other co-workers. I really don't know why it came up in my dream, but last night I dreamed she offerd to cut my hair for me. I said, sure, just trim it up. When she was done, I turned to look at my reflection.

At first glance it looked normal, but when I went to toss my hair to see the back, I realized there was nothing to toss. I reached back to feel my hair and discovered that 80% of the back of my head was nearly bald. All she'd left was about 1/4 of an inch plus some little fringey pieces along the base of my skull. I burst into tears and started yelling that I only wanted 2 inches cut off, not 20! I was so upset I woke myself up crying. I sat up and reached for my hair. What a relief to find my long hair still attached. It disturbed me so much, that for the rest of the night, no matter what I dreamed, I was telling whoever was there, "You have to hear about my dream! She cut off all my hair!"

Silly, I know, but I actually feel a little touchy about it still and I keep feeling to make sure it's there. Thing is I know my co-worker would never do that to me, but good golly molly it sure seemed real!

Maybe tonight I can go back to being a Super Spy. SO much more fun.

Hehehehe...I'm with you on the hair dreams...remember my hairy legs dream??? Crazy. Like the chicken parts one too. :o)

LOL!!! I do remember! That was hysterical. I keep picturing the scrapbook page you made for it. :)

hermes bag outlet said...
This comment has been removed by a blog administrator.
Monday, December 10, 2012