Song Stuck on the Brain: "Dropped my penny, pick it up, pick it up..."
I dropped a penny and no sooner had I heard the 'ching' sound and this song started running through my head.
I had odd dreams again last night. Vague images and ideas are still floating around in my head, but I could only remember two of them clearly. 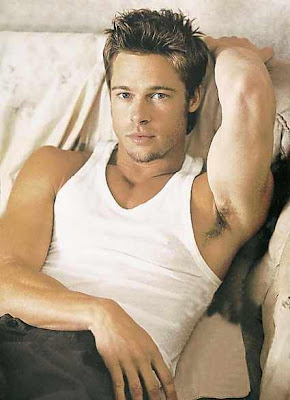 First I dreamed that Brad Pitt came in to my office to pick up product for a new health food store he was opening here in KC. In the dream I had pictures of Brad Pitt on my computer screen and I was mortified that he might see them so I had to hurry and change pictures to something more benign, like an island in the middle of nowhere. Then, when he tried to pay me, none of my equipment would work and I couldn't run his Credit Card. I'm standing there all a flutter, stuttering and acting like an idiot. He, of course, was completely relaxed and never got ruffled or impatient.

It's a really odd dream for several reasons.
1. Why Brad Pitt? He's cute, but not on my Top 10 List of Dream Guys. Why not Hugh Jackman, Tom Welling or Channing Tatum?
2. I'm not the type to become so flustered by somebody's fame that I can't act normally. I mean they're human beings - just like you and me. 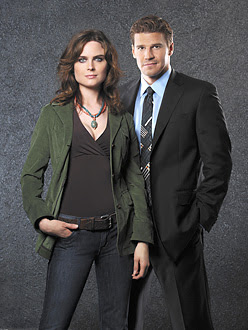 3. I don't have movie stars pictures on my computer at work. Home, yes, but currently it's David Boreanaz from Bones.
4. Brad Pitt running a health food store? The only herb he's likely to stock is Marijuana.
After that dream I don't remember too much until my alarm clock went off. I rolled over, looked at the clock and noticed it was new. Under the red numbers reading 6:45, a little tray was sticking out. As the clock blares annoyingly I watch a basket of Chili Cheese Fries pop out onto the tray. I'm thinking, "Cool! I don't have to fix breakfast. That's a really awesome feature to have on a clock!" But then the longer I stared at the clock and the cheese fries, the more awake I became. The cheese fries evaporated into thin air and all I was left with was the bleating alarm and my dog whining to go out.
Talk about disappointment. That twelve step program is sounding more and more necessary.
A.
Posted by April Erwin at 12/29/2006

Heheehe! You dreamed about cheese fries! :)

Yeah. Comfort food and a good looking man. What does that tell you about my emotional needs right now?