CFBA: The Edge of Recall by Kristen Heitzmann

Song Stuck on the Brain: Back in the Saddle Again by Gene Autrey

The Edge Of Recall

This was the first book of Kristen's I've read. Which is actually really silly, because I own at least three others written by her. They caught my interest in the bookstore, whispered to me that I couldn't possibly walk out without them. They came home and joined my massive library and the giant To Be Read stack that seems to grow all of it's own accord. And despite the fact that they spoke to me in the store, I haven't read them yet. Maybe it's because I have so many TBR now, that the whispers get jumbled and I have a hard time choosing the next book to read. That's a real trial sometimes, choosing what to read next.

Anyway, back to the real topic at hand, I read my first Heitzmann, and I can't believe I've never read her before. This book was really fantastic. I love her voice and style. Tessa and her labyrinths had me hooked so thoroughly, that when I did finally put the book down, I dreamed of labyrinths and chases and mystery. Which didn't really do well for a good night's sleep, but it certainly had me on pins and needles all day at work, anxious to come home and find out what happened next.

Kristen wove a fantastic suspense, with twists and turns that caught me by surprise more than once. But it was her use of labyrinths and the parable she formed that stuck with me the most. Every time I thought I knew just what the labyrinth stood for, a new layer of meaning was revealed, kind of like an Oprah "Aha" moment. Which of course is very fitting for a labyrinth.

I hate to say more, because I don't want to give anything away. The discovery is the best part of the journey. 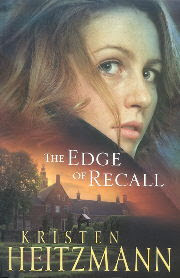 Tessa Young, an up-and-coming landscape architect who specializes in the design and creation of labyrinths, has immersed herself in the mythological, spiritual, and healing aspects of the elaborate structures. She also is searching for God and hoping to make sense of the nightmares that have plagued her since childhood.

When Smith Chandler, an estranged colleague--with whom she'd half fallen in love a dozen times before catching herself every time--calls to propose a project he claims is the opportunity of a lifetime, she reluctantly agrees to check it out. Smith is reconstructing a pre-Revolutionary War abbey for wealthy clients. Among its remarkable features is an overgrown labyrinth.

Unable to resist, Tessa accepts his offer to work with him. Soon she is immersed in the project of a lifetime. But one evening, after weeks of work in the labyrinth, Tessa and Smith are attacked. While protecting Tessa, Smith is stabbed, and the nightmare begins...again.


If You would like to read the first chapter, go HERE 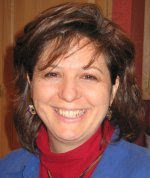 Of her three main interests, art, music and writing, she chose to study English at the University of Colorado and thrived on Creative Writing and Literature classes. She married her husband Jim, and turned her energy to building a family. They have four children whom they have home schooled for all or most of their education. Kristen is a music minister with the ecumenical covenant community People of Praise.

Once she realized the stories in her head were truly a calling from the Lord, she made writing not just a passion, but a ministry. She has written seven historical fiction novels as part of the The Rocky Mountain Legacy series, the Diamond of the Rockies series, and the Christy Award winner Secrets. Most recently, she has written several contemporary fiction novels, including Echoes, Freefall and Unforgotten.

Kristen and her husband, Jim, and their family live in Colorado Springs, Colorado, where she serves as worship leader in their church.
Posted by April Erwin at 7/08/2008

Email ThisBlogThis!Share to TwitterShare to FacebookShare to Pinterest
Labels: CFBA, Kristen Heitzmann, The Edge of Recall