Song Stuck on the Brain: Karma Chameleon by Culture Club.

Much to the dismay of everyone around me. I only know the "Karma, karma, karma, karma, karma Chameleon..." part. Which I then find myself repeating. Over and over again. I'd like to slap myself silly. Can't imagine what the rest of the office is thinking. I'm trying to keep it in my head and not blast everyone. :) 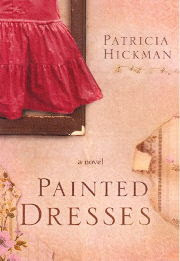 In this story of sisterhood and unexpected paths, Gaylen Syler-Boatwright flees her unraveling marriage to take refuge in a mountain cottage owned by her deceased aunt. Burdened with looking after her adult sister, Delia, she is shocked to find a trail of family secrets hidden within her aunt’s odd collection of framed, painted dresses. With Delia, who attracts trouble as a daily occupation, Gaylen embarks on a road trip that throws the unlikely pair together on a journey to painful understanding and delightful revelations.

Steeped in Hickman’s trademark humor, her spare writing voice, and the bittersweet pathos of the South, Painted Dresses powerfully captures a woman’s desperate longing to uncover a hidden, broken life and discover the liberty of living authentically, even when the things exposed are shrouded in shame. 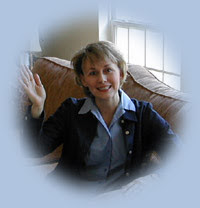 Patricia Hickman is an award-winning author of fiction and non-fiction, whose work has been praised by critics and readers alike.

Patricia Hickman began writing many years ago after an invitation to join a writer's critique group. It was headed up by best-selling author Dr. Gilbert Morris, a pioneer in Christian fiction who has written many best selling titles. The group eventually came to be called the "Nubbing Chits". All four members of the original "Chits" have gone on to become award-winning and best selling novelists (good fruit, Gil!).

Patty signed her first multi-book contract with Bethany House Publishers. After she wrote several novels "for the market", she assessed her writer's life and decided she would follow the leanings of her heart. She says, "It had to be God leading me into the next work which wound up being my first break-out book, Katrina's Wings. I had never read a southern mainstream novel, yet I knew that one lived in my head, begging to be brought out and developed." She wanted to create deeper stories that broke away from convention and formula. From her own journey in life, she created a world based upon her hometown in the 70's, including Earthly Vows and Whisper Town from the Millwood Hollow Series.

Patty and her husband, Randy, have planted two churches in North Carolina. Her husband pastors Family Christian Center, located in Huntersville. The Hickmans have three children, two on earth and one in heaven. Their daughter, Jessi, was involved in a fatal automobile accident in 2001. Through her writing and speaking, Patty seeks to offer help, hope and encouragement to those who walk the daily road of loss and grief.
Posted by April Erwin at 7/24/2008