Song Stuck on the Brain: Waking Up in Vegas by Katy Perry
I watched America's Got Talent and they played the song during one of their talent montages. Been stuck ever since.

This week, the Christian Fiction Blog Alliance is introducing:
Any Minute
by
Joyce Meyer and Deborah Bedford 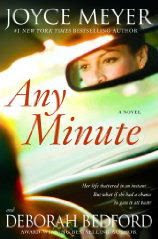 Sarah Harper is driven to achieve success no matter what the cost. She wants to do good and not hurt the people she loves--especially children and her husband, Joe--but her desire to succeed in her career too often leaves little time for family.

One cold, autumn afternoon, all of that changes when Sarah's car plunges off a bridge and into a river. She is presumed dead by those on the "outside," but Sarah's spirit is still very much alive. What she discovers on the other side transforms everything about Sarah's view of life--past, present, and future.

When Sarah is revived, she is a changed woman. And the unsuspecting world around her will never be the same again.


If you would like to read the first chapter of Any Minute, go here! 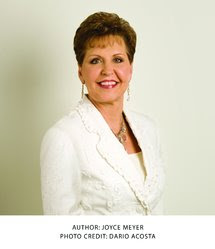 Joyce Meyer is one of the world's leading practical Bible teachers. A #1 New York Times bestselling author, she has written more than seventy inspirational books, including The Confident Woman, I Dare You, the entire Battlefield of the Mind family of books, her first venture into fiction with The Penny, and many others. She has also released thousands of audio teachings as well as a complete video library. Joyce's Enjoying Everyday Life® radio and television programs are broadcast around the world, and she travels extensively conducting conferences. Joyce and her husband, Dave, are the parents of four grown children and make their home in St. Louis, Missouri. 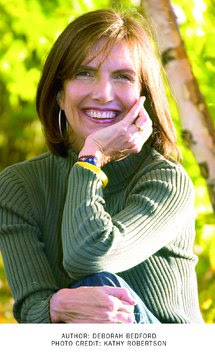 Deborah Bedford is a career fiction writer who began her professional life as a journalist in a Colorado mountain town.

A Rose By The Door, Deborah's first with Warner Book (name changed to FaithWords in 2006), hit bookstores in November 2001. A Morning Like This was released by Warner Books in 2002. Deborah's short story, “Connor Sapp's Baseball Summer,” is included in Multnomah Publisher's The Storytellers' Collection, Tales From Home, alongside stories by Chuck Colson, Terri Blackstock, Randy Alcorn and Karen Kingsbury.

Deborah and Jack have two children, Jeff and Avery. When she isn't writing, Deborah spends her time fly-fishing, cheering at American Legion baseball games, shopping with her daughter, singing praise songs while she walks along the banks of Flat Creek, and taking her dachshund Annie for hikes in the Tetons where they live.