CFBA: Who Made You a Princess by Shelley Adina

Song Stuck on the Brain: The Pants by Brad Paisley

I love this song. Actually, I love the whole new album "American Saturday Night". Great songs. But this particular one cracks me up and I've been singing it all day.

Who Made You a Princess 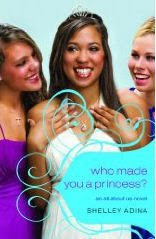 Shani Hanna returns to SpencerAcademy for her senior year after an amazing summer spent with her friends Lissa, Gillian, and Carly. But the best part about summer was meeting Danyel Johnstone. Danyel is cute, smart, cool, and super nice. All Shani has to do is get him to see her as more than just one of the gang.

But when the girls return to school, they find a new addition to the distinguished student body: Prince Rashid al Amir of Yasir, an oil-rich desert kingdom in the Middle East. Prince Rashid moved to California to prepare for an eventual MBA at Stanford...and to romance his future wife: Shani Hanna!

It turns out, Shani's family and the prince's go back for generations, entwined in tradition, obligation, and family honor. In each generation, members of the two families have expanded their business interests through arranged marriage. Will Shani put aside her feelings for Danyel to pursue her family's wishes? Or will God answer her prayers for an intervention?

If you would like to read the first chapter of Who Made You a Princess , go HERE 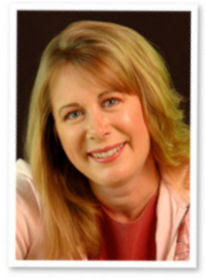 Award-winning author Shelley Adina wrote her first teen novel when she was 13. It was rejected by the literary publisher to whom she sent it, but he did say she knew how to tell a story. That was enough to keep her going through the rest of her adolescence, a career, a move to another country, a B.A. in Literature, an M.A. in Writing Popular Fiction, and countless manuscript pages.

Shelley is a world traveler and pop culture junkie with an incurable addiction to designer handbags. She writes books about fun and faith--with a side of glamour. Between books, Shelley loves traveling, playing the piano and Celtic harp, watching movies, and making period costumes.

The All About Us book series has its own home over on the Hachette website. Stop by and see what the five fabulous girls at Spencer Acadenmy are up to! Series Website.

Her other books in this series includes book one, It's All About Us, oook Two, The Fruit of my Lipstick, and book three, Be Strong & Curvaceous. This present book is book four.
Posted by April Erwin at 7/13/2009

Email ThisBlogThis!Share to TwitterShare to FacebookShare to Pinterest
Labels: CFBA, Shelley Adina, Who Made You a Princess