Song Stuck on the Brain: If I Ever Fall In Love by Shai 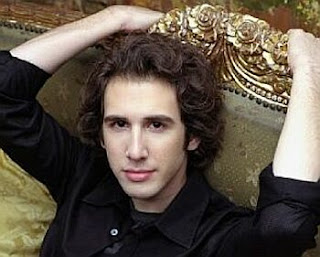 Anyone watch the Grammys last night? Best performance of the whole night... Josh Groban and Andrea Bocceli singing The Prayer. Absolutely stunning. Gave me goosebumps! I could happily drown in Josh Groban's voice. 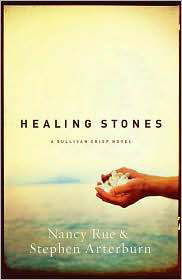 With one flash of a camera, Demi's private life becomes public news. She doesn't know it yet, but her healing has just begun.

Christian college professor Demitria Costanas had vowed to end her affair with a colleague. But she gives into temptation one last time...and a lurking photographer captures her weakness for all to see. Quite literally, she's the woman caught in adultery. And almost everyone--herself included--has a stone to throw.

Enter Sullivan Crisp, a decidedly unorthodox psychologist with his own baggage. He's well-known for his quirky sense of humor and incorporation of "game show" theology into his counseling sessions. And yet there's something more he offers...hope for a fresh start.

Reluctantly the two of them begin an uplifting, uneven journey filled with healing and grace. By turns funny and touching, this story explores the ways humans hurt each other and deceive themselves. And it shows the endlessly creative means God uses to turn stones of accusation and shame into works of beauty that lead us onto the path of healing.

An auspicious debut for a candid yet tender series about pain, healing, and God's invitation for second chances.


By 1996 Nancy was a full-time writer. The Christian Heritage Series made that possible. She was writing those books from the early 1990's until 2000. 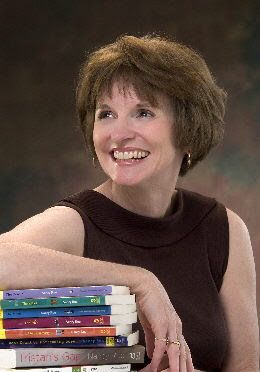 And then a new opportunity came along--the Lily series. If she ever doubted that she was going to make it as a writer, man, that little red-head put those fears to rest! And, of course, Sophie followed Lily, with some teen and grown-up books in between -- plus the non-fiction books designed just for you.

Nancy and her husband live in Tennessee now, overlooking a beautiful lake, lots of sycamore trees, and the rocky Tennessee hills. They have a bright yellow power boat named BANANA SPLIT which you can find us on no matter what the weather. Marijean and her husband live nearby with my three grand-dogs and three grand-cats (and two grand-snakes . . .)

Don't forget to enter to win an autographed copy of my book Missing Pieces, along with a very cute and handy puzzle frame. Click on the image at the top of the side bar to email me your entry. Contest ends February 14th.

Anonymous said...
This comment has been removed by a blog administrator.
Friday, March 14, 2008