Music is incredibly important in our family. If we aren't singing or writing, we're listening. We love all styles. But inspirational music has a special place in our hearts. I'm the youngest of 5 kids (and numerous foster siblings) and growing up, there was one musical group we all listened to. You may never have heard of them, they're probably more of a local phenomenon, but they're popularity can't be denied and it's only grown over the years.

The group is called Brother John. If you've not heard their music, then I hope you'll take the chance to listen now. It's inspired and infectious.

Over the years the family group put out 8 cassette tapes. We owned them all. They went with us on every car trip and we played them in the house regularly. Eventually we came to know the Brother John family personally and love them as if they were our own family. We went to their concerts, I attended school with their kids and my love for their talent has only grown the longer I've known them. In fact Dad loved their music so much, both songs at his memorial service were done by Brother John. He would have been thrilled.

The only problem is that we wore our cassette tapes out. Multiple times. I think we've owned at least 4 complete sets. Now that cassette tapes are nearly obsolete, I've been anxiously awaiting a re-release on CD. Brother John assured us, and the rest of their huge fan base, that they were working on the remastering and re-release. But the project was arduous and it took a little time. Thankfully, the wait is over! 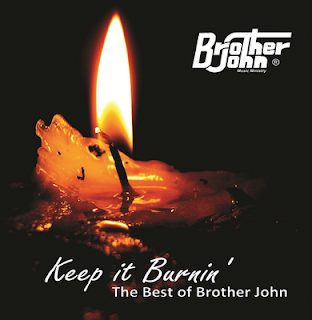 They've just released a new 2-disc set of their greatest hits in a collection called "Keep it Burning". Thirty-five of their most popular songs. Brother John is not only known for their great voices and harmonies, but their inspired songwriting and the spirit in which it's written.

Please visit their new website Brother John Songs and take a look around. Listen to their song clips, read the lyrics and learn all about this amazing and inspiring group. I know you'll love them as much as our family, and so many others, do.


P.S.
I was so inspired with their updated music release and site, I update our own music page as well. Our music is now available for digital download as well. You can listen to music clips here on the blog. The player is in the side-bar, or you can purchase the music at our web site. http://www.theerwins.com/erwinmusic.htm .
Posted by April Erwin at 8/19/2010