The cry heard round the world

It can't be true. I couldn't bear for it to be true.

Okay, sorry, I tend to forget that there are a few people still out there that don't know about Stargate SG-1 or it's spin off Stargate Atlantis. (It's not for lack of my trying people, have you seen the Stargate music videos that play on this site? Anyway, I digress.)

I was surfing along when I stumbled upon this little tidbit of news. 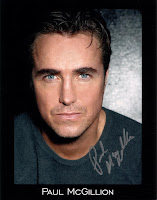 "Dr. Beckett (Paul McGillion) will be going bye-bye during the second half of season 3 (coming in March to Amazon Unbox Video Downloads and the Sci-Fi Channel). Bright side: They're not killing him off. Sci-fi fans being who they are, they started a campaign to save Beckett's character. Here's more from McGillion."

They've got to be kidding, right? Dr. Beckett leave? No way. He is the heart and soul of the team. He's also got the sexiest voice of the lot of 'em. He CAN'T leave. So, I surfed a little farther and visited the McGillion link above to read his interview.

"McGillion finds it hard to pinpoint one particular standout moment over the three years, but eventually settles on the thrill of working on the pilot episode.

"During the filming of the pilot, Martin Wood who directed it - he's fantastic - came up to me half-way through shooting and said 'Damien Kindler's writing a really Beckett-centric episode, called 'Poisoning the Well' and he wants you to go up and talk to him in the office'. I thought to myself, 'Well, this is exciting!' I had started to feel like I'm really part of something here." 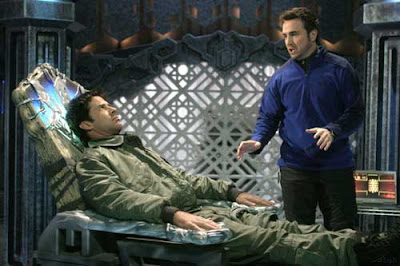 The irony of McGillion's final comment won't be lost on the legions of fans of Dr Carson Beckett, especially as it has subsequently emerged - and been confirmed by producer N John Smith - that the character will "go missing" during the second half of Season 3 and will not return as part of the main cast in Season 4. Still, no-one ever really dies in science fiction, do they?"

Let's hope that last line is true. I can't imagine Atlantis without Beckett. It's like Scotland without heather or Jack O'Neil without sarcasm.

Well now that that little tirade is past, I'll get on with the rest of the good stuff.

Song Stuck on the Brain: Where Did Our Love Go by the Supremes 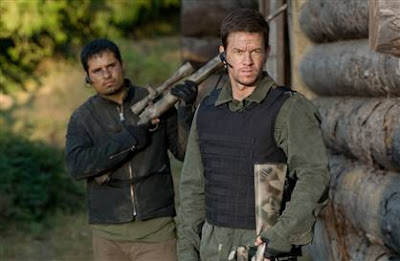 Last night we saw a special screening of Shooter starring Mark Wahlberg and Danny Glover. I was very excited to get these passes, because, well, let's just say it. Mark Wahlberg is HOT. He's one of my favorites to watch. He also happens to be a very good actor. I can't say I endorse everything he's made, but Shooter is definitely one of his better films.

Yesterday was about honor. Today is about justice.

A marksman (Wahlberg) living in exile is coaxed back into action after learning of a plot to kill the president. Ultimately double-crossed and framed for the attempt, he goes on the run to track the real killer and find out who exactly set him up, and why. 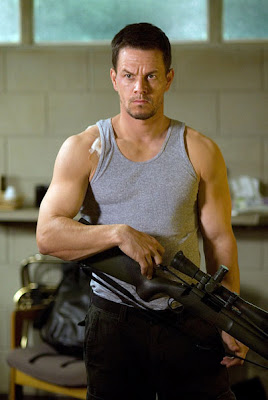 You can see the trailer on IMDB.com .

I enjoyed it a lot, and not just because Mark looked great in camo face paint. (What doesn't he look good in?) There is a strong element of conspiracy woven into the plot, which I find to be very interesting. The action was pretty fast paced and there was plenty of exploding building/vehicles. I was impressed with the sniper shooting that was portrayed. You know there are people out there capable of doing it, but 'seeing' it in action was impressive. I was surprised that, despite it's R rating, there was very little sexual innuendo and no nudity. In fact, the language was better than a lot of action/war type films I've seen recently. That doesn't mean they don't throw a few F-bombs, but they were surprisingly few, IMO. I think anyone that enjoy action films would find this one very watchable.

There's still time to enter to win an autographed copy of Double Vision by Randall Ingermanson. Click the book cover at the top right and email me your entry.