Song Stuck on the Brain: If I Had A Million Dollars by Barenaked Ladies 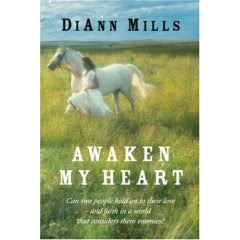 
Awaken My Heart is set in 19th century Texas and tells the story of 18 year old Marianne Phillips, the daughter of a wealthy rancher, Weston Phillips. Weston is involved in a hostile struggle with Armando Garcia, the infamous rebel leader of the 'mestizos' who claim to own the land that Phillips has settled.

Marianne Phillips, the daughter of a wealthy rancher, has never agreed with her father's harsh treatment of the poor mestizos who first inhabited the colony of Texas. When rebels kidnap Marianne, in hopes her father will trade back their land for her freedom, she realizes her loyalty lies with her abductors, not her father, who plans to marry her off to the don of a nearby estate.

Armando Garcia is the locals' reluctant leader, but his people revere and depend on him. Knowing that without his leadership they'd be forced from their land, Armando accepts his role, but does not approve of the latest attempt to manipulate their enemy. When he learns that Marianne actually speaks his language, of her loyalty to his people, and of the faith that keeps her strong, Armando is faced with a difficult decision. Will his newfound love keep him from letting her go? Or will he set her free and risk losing their land forever? 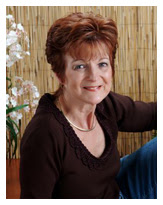 Award-winning author, DiAnn Mills, launched her career in 1998 with the publication of her first book. She is the author of numerous titles including novels, novellas, and a nonfiction. In addition, she's written several short stories, articles, devotions, and has contributed to several nonfiction compilations.

DiAnn believes her readers should "Expect an Adventure." Her desire is to show characters solving real problems of today from a Christian perspective through a compelling story.

Several of her anthologies have appeared on the CBA Best Seller List. Three of her books have won the distinction of Best Historical of the Year by Heartsong Presents, and she remains a favorite author by Heartsong Present's readers. Two of her books have won short historical of the year by American Christian Fiction Writers both in 2003 and 2004. She was named Writer of the Year for 2004 at the 35th Annual Mount Hermon Christian Writer's Conference and is the recipient of Inspirational Reader's Choice Awards for 2005 in the long contemporary and novella categories.

She lives in sunny Houston, Texas, the home of heat, humidity, and Harleys. In fact she'd own one, but her legs are too short. DiAnn and her husband have four adult sons and are active members of Metropolitan Baptist Church.
Posted by April Erwin at 1/28/2008