Things I Heard This Weekend

Song Stuck on the Brain: Sounds of Silence by Simon & Garfunkle

Saturday had an unusual start to it. I was getting ready to get into the shower, when my doorbell rang. I decided to ignore it, the water was running and I was seconds from stepping into the spray.

Hmm, could be a family member with a key, and I don't want them coming in on me while I'm in the shower. I decide to peak out the window to see who's car is in the driveway, but there are no cars to be seen.

It must be a salesman.

Or maybe a Jehovah's Witness.

Crap. They're not going away. I run throw on my lounge pants and t-shirt and try to smash my hair down before answering the door. Opening it 8 inches, I peak around the edge. There stands the guy that shovels my snow on occasion. I only know him as Andrew and there is no snow in sight.

"Hi, I was wondering if you'd like me to rake your leaves."

Umm, you rang my doorbell ten times for this? "Sorry, I don't have the money right now."

After discussing this for a moment, he thanks me and starts to leave. As he's stepping off the porch, he turns and says, "Are you single?"

Brain. Stops. Functioning. Does not compute. I'm never prepared for this question. It happens so infrequently that it shocks me and the truth pops out before I even have a chance to think about fibbing.

"Can I get your number?"

"Umm, I'm sorry, I uh, I'm not really into seeing anyone right now, but um, Thank you."

"Oh. Okay." He mumbles and leaves.

I close the door lock it. I look at Jack and whisper, "He hits on me today?!?"

Jack just cocked his head and gave me a look that says, "Beats me."

I mean honestly. No makeup, hair a fright and sloppy clothes. The only time he's seen me like this and he chooses today to ask for my number? Not that I would have given it to him anyway. I mean, I refuse to date the guy that asked permission to pee on the side of my house. 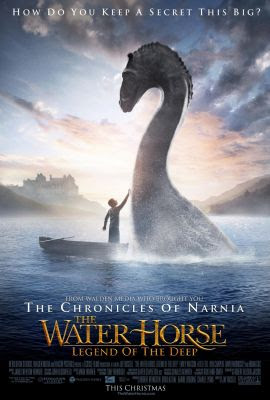 Later, I took the nieces to see The Waterhorse. Great movie, by the way. All the kids loved it. Anyway, we were standing in line at the concession stand when the 8 yr-old, Allie, said this:

"Hey, I accidentally called you Mom." She laughs.

"You did?" I missed this due to the commotion from the other two.

"Why would you want to call me Mom? You already have a mom."

"Just for fun, for pretend."

Her sister pipes in, "Yeah, so we can fit in while we're here. We'll pretend."

"I don't care, you can call me whatever you want." I'm corralling them forward in line.

Evil child. "No. You can't call me Grandma, call me anything else, but not Grandma!"

She laughs hysterically. She didn't call me Mom anymore either.


Fast forward to Sunday afternoon. She's at my house helping me empty the dishwasher.

"Don't you get lonely?" Allie asks, dropping silverware into the drawer.

"Sometimes, but most of the time I'm fine."

"I can't believe you don't have any kids. Don't you want kids?"

"Sure, I just haven't had that opportunity yet. Besides, I've got you guys."

"Yeah, but that's not the same. You should have kids."

She hands me a glass to put in the cabinet.

"I'd be nice to them ... unless their evil or something."

I couldn't help it. I laughed. "They wouldn't be evil."

At least, no more so than the rest of them. Leave it to an 8 year old to find all the soft spots and poke at them. She can be so ornery at times, but she's also the most affectionate, and smart as a whip. Her one liners and comebacks are sharp as a tack and she always makes me laugh.

I have a picture of Clive Owen on my computer desktop at home. She saw the picture and said. 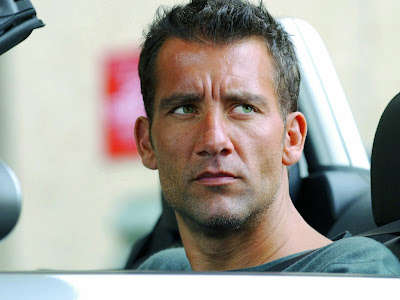 "Yeah," face still screwed up. "I guess that could be it."

"But Vanessa Hudgens and Zac Efron broke up." She puts her claws up and hisses like a cat.

"HEEEE. That Vanessa, she stole my man."

I'll give her this, Zac is a cutie.