CFBA: From A Distance by Tamera Alexander

Song Stuck on the Brain: June Bride from Seven Brides for Seven Brothers
"Oh, they say when you marry in June, You're a bride, all your life. And the bridegroom that marrys in June, gets a sweetheart for a wife...."

From A Distance
by
Tamera Alexander
(Bethany House June 1, 2008) 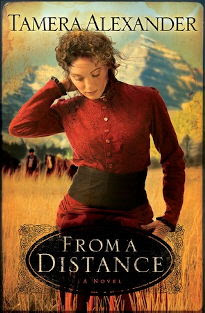 What happens when dreams aren’t what you imagined,

Determined to become one of the country’s premier newspaper photographers, Elizabeth Westbrook travels to the Colorado Territory to capture the grandeur of the mountains surrounding the remote town of Timber Ridge. She hopes, too, that the cool, dry air of Colorado, and its renowned hot springs, will cure the mysterious illness that threatens her career, and her life.

Daniel Ranslett, a former Confederate sharpshooter, is a man shackled by his past, and he’ll do anything to protect his land and his solitude. When an outspoken Yankee photographer captures an image that appears key to solving a murder, putting herself in danger, Daniel is called upon to repay a debt. He’s a man of his word, but repaying that debt will bring secrets from his past to light.

Forced on a perilous journey together, Daniel and Elizabeth’s lives intertwine in ways neither could have imagined when first they met . . . from a distance.

“…a rich historical romance by possibly the best new writer in this subgenre.”
--Library Journal

“…a most amazing story. The characters are more than words on the page; they become real people.”
--Romantic Times 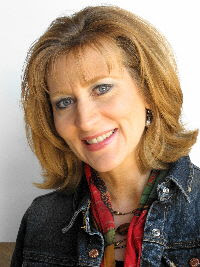 Tamera Alexander is a bestselling novelist whose deeply drawn characters, thought-provoking plots and poignant prose resonate with readers. Tamera is a finalist for the 2008 Christy Award Remembered, and has been awarded the coveted RITA® from Romance Writers of America Revealed, along with Library Journal’s Top Christian Fiction of 2006 Rekindled. Having lived in Colorado for seventeen years, she and her husband now make their home in the quaint town of historic Franklin, Tennessee, where they enjoy life with their two college-age children and a precious—and precocious—silky terrier named Jack.

A Note from Tamera:

Stories are journeys, and each story I write is a journey for me.

Rekindled began with a dream—the image of a man returning home on horseback. He came upon a freshly dug grave and when he knelt to read the name carved into the roughhewn wooden cross, he discovered the name was…his own. The inspiration for Revealed grew from two characters in Rekindled whose stories needed to be told. But even more, whose stories I needed to tell. Writing Revealed was a very personal journey for me, and a healing one. For Remembered, I met that story’s heroine (figuratively, of course) while strolling the ancient cobblestoned pathways of a three hundred-year-old cemetery in northern Paris, France. And From A Distance came from a question I was struggling with in my own life at the time, “What happens when the dream you asked God for isn’t what you thought it would be?”

For me, the greatest thrill of these writing journeys is when Christ reveals Himself in some new way, and I take a step closer to Him. And my deepest desire is that readers of my books will do that as well—take steps closer to Him as they read. After all, it’s all about Him.

In the Potter’s Hand,

Email ThisBlogThis!Share to TwitterShare to FacebookShare to Pinterest
Labels: CFBA, From A Distance, Tamera Alexander