Song Stuck on the Brain: Dear Joan by Rob Thomas 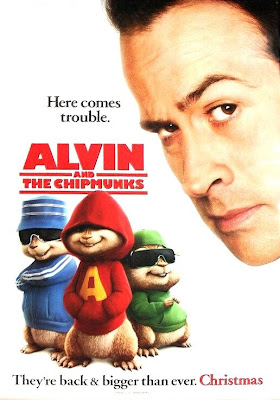 I took all the little nieces and nephew to see Alvin and the Chipmunks on Saturday. It was so cute. I was afraid they'd mess it up, but I ended up loving it as much or more than the kids.

Later in the afternoon, I met my sister and our friend Karen to see National Treasure: Book of Secrets. SO excited about this one. Loved the first movie. What's not to love? Adventure, conspiracy theories, humor, romance, treasure. Book of Secrets has been on the top of my must see list for months now.

The movie did not disappoint either. It's funny though, because I was so involved in it, I created a problem for myself. 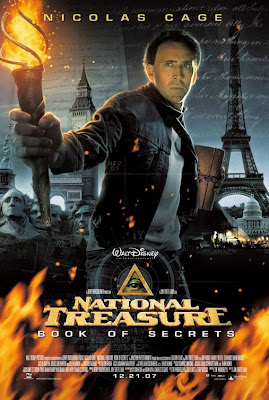 You see, there's this scene in the middle, where the president is telling Benjamin Gates where to find the Book of Secrets. He says, in a very grave voice, "You'll need to know, XY234786."

And my brain says, "AACK! He'll never remember that long number. Must remember it for him!"

I walked out of the theater over an hour later still rattling that number off in my head. (Much to the amusement of Karen and Angel.) 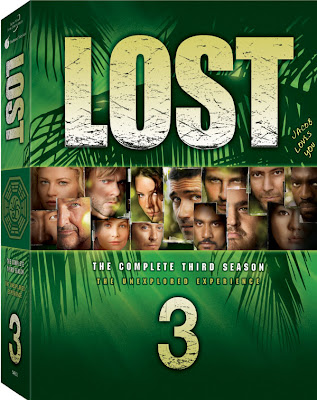 Then we went back to my place. Anyone a Lost fan? Angel and Karen got me hooked on it last summer. They made me watch seasons one and two back to back (which, I have to say, is the best way to do it.) We just got season three and started watching it after the movie in prep for season 4's premier at the end of January.

The problem? Well if you're familiar with Lost than you know there's a series of numbers that are very important to the show. I have them memorized. 4 8 15 23 42.

We stuck the first DVD in, and as the 'previously on' scenes started, my brain kicked into high gear.

Are you beginning to see my problem? I've been saying them all day. I don't even realize it half the time."

I guess it's the curse of my job. I work with numbers all day long, so they tend to stick with me. This is a bit longer than normal though. I think it's also because 1. In the movie it was like being told: Remember this number. and 2. Lost's sequence is some kind of puzzle or cryptogram and my mind keeps trying to solve it.
Karen says it's because I'm a nerd.
She's probably right.

I am the exact opposite with numbers. I tried to remember the numbers in National Treasure but I couldn't for more then 10 seconds. The second time I saw it, I was ready with a sharpie. I wrote it on my hand... my friends thought I was nuts. I googled it today to make sure I got it down right and that's how I found your blog. I am also a huge Lost fan and thought it was awesome you combined something about my favorite TV show and favorite movie!

Also, I just thought you might want to know you missed the 15 in the Lost number sequence. 4 8 15 16 23 42. I'm not saying it at all in a rude way... I just have been obsessed with Lost and those numbers since the first season and felt compelled to add the 15.

You're right Clarice, I did miss the 15, shame on me! Maybe I'm no rain man after all. :) Is this season of Lost killing you too? I'm going nutz waiting to see who the next member of the Oceanic 6 is.
That's so cool that you were an extra in National Treasure 2! I love those movies. Thanks for visiting my blog, I hope you'll stop by again. :)

I just watched the Book Of Secrets movie (again) last night, and just like the first time I watched it, I immediately did the same thing with those alphanumeric digits. I've always had a "thing" for numeral and code memorization, especially with long strings of numbers, so it seems I just can't resist, because it comes pretty easy to me. In 7th grade I memorized PI (3.1415...) out to the 244th digit following the decimal point, and that was just in one afternoon/evening. I say it's KEWL that you like to exercise yer brain that way, so ROCK ON WIT' YO NERD SELF, BABY!!!

Ah, Sean! I love it when I find a fellow number nerd! Thanks for stopping by. :)